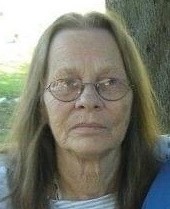 Virginia Diane Cain, 70, of Southside departed this life on Monday, February 8, 2021 at her home. She was born in Visalia, California on March 24,1950 to Doyle and Mildred Pelts Anderson. She married Bobby Cain in May of 1967 and they enjoyed 48 years of marriage together.  During her working years she was a CNA.

Virginia loved her family dearly.  She enjoyed cooking and attending family reunions.  Her family was very close, and she will be missed greatly.

She was preceded in death by her husband, her parents, brother, Gene Anderson, twin brothers, David and Daniel Anderson, and one grandson, Cody Patterson.

To order memorial trees or send flowers to the family in memory of Virginia Diane Cain, please visit our flower store.