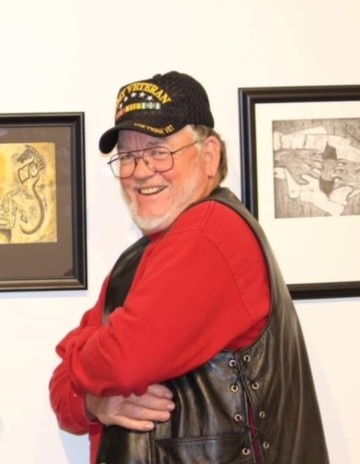 Melvin Leroy Hawkins, 73, of Batesville, departed this life on Wednesday, February 10, 2021. He was born in Batesville on April 11, 1947 to Paul Marion and Zela Ann Barnett Hawkins.

He and Diane Cooper were united in marriage in Batesville on May 17, 1975.

Melvin was a member of Believer’s Community Church in Batesville where he served on the church board and was a greeter.  He loved people and always had gum for the kids. He enjoyed tractors and old cars and was an avid deer hunter.  He also served on the Northside Volunteer Fire Department for over twenty years.

Throughout his life he worked in the building industry as a carpenter and electrician.  Melvin served our country in the Army for four years.

Survivors include his wife Diane, of the home; his daughter, Crystal Dawn Lindsey, and her husband Jerry, of Pleasant Plains; his son, Christopher Shane Hawkins of Maumelle; a brother, Richard Hawkins and wife, Sara, of Cave City; his sister, Julie Stephens of Batesville; and many friends and extended family members.

He is preceded in death by his parents, a brother, William Hawkins, sisters, Pauline Sullivan, Carolyn Dale, and Alta Jean Hawkins.

A Funeral Service will be February 12, 2021 at 2:00 p.m. at the Believers Community Church in Northside with Bro. David Insell officiating. Interment will follow services at Lee’s Chapel Cemetery in Sandtown.

To order memorial trees or send flowers to the family in memory of Melvin Leroy Hawkins, please visit our flower store.