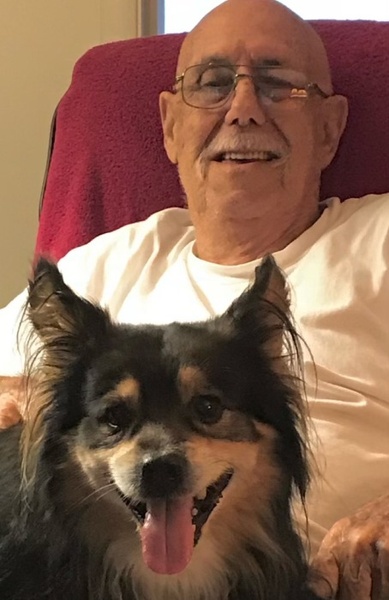 After many months of declining health, on November 1, 2020, Kenneth Ray Brewster died at home at the age of 87 in Locust Grove, Arkansas.

Kenneth was born to Raymond and Gladys Brewster on April 24, 1933 in McAlester, Oklahoma. He graduated from Choctaw High School and aspired to be a professional basketball player. Although that was not to be, he married his high-school sweetheart, Fern Westmoreland, and together they had three sons, Kenneth (Mickey) Jr., Leonard, and Henry.  Kenneth followed in the footsteps of his father and went to work for the Rock Island Railroad in 1951.  He held many position during his service for the railroad including road foreman, engineer, and union representative.

Everyone has their demons and Kenneth was no different.  As a recovered alcoholic, he was very active in AA on the state and national levels, holding various offices in the associations.  He never met a stranger and he shared his testimony and spoke at meetings and prisons across the state, sponsoring and encouraging many people to achieve sobriety.

Kenneth enjoyed attending lodge meetings and until his death he was the oldest living member of the Nicoma Park Masonic Lodge #541.  He will be most remembered for his many stories and jokes which he loved to tell at the local restaurant having his morning coffee.  He was OSU's biggest fan and he wanted to make sure everyone else saw the outcome just like he did.

In 1994, Kenneth found and married his life-long partner, Virginia Moncrief Caplinger and settled into their home on Lake Eufaula where he stayed busy raising beautiful flower beds and a huge garden, giving Virginia plenty of work canning and freezing the bounty.  It was always a pleasure to visit their home because Virginia's cooking couldn't be beat.

After his wife's death in July 2020, Ken moved to the Arkansas hills to be with family and reunite with his beloved dog, Pal, for the remainder of his days on earth.

He was preceded in death by his loving wife, Virginia, his parents, and a son, Kenneth Ray Brewster Jr., step-daughters, Lenora Bernard and Alyce Caplinger, and a step-son, Paul Caplinger.

A Memorial Service will be December 19, 2020 at 10:30 a.m. in the Pryor Cemetery in Stuart, Oklahoma.  After the memorial service there will be a private spreading of the remains for the family.

In lieu of flowers donations may be made to the Virginia Caplinger Memorial Scholarship, McAlester Public Schools, P O Box 1027, McAlester, Oklahoma 74502

COVID-19 guidelines and restrictions will be observed by practicing social distancing and wearing face coverings when necessary.

To order memorial trees or send flowers to the family in memory of Kenneth Ray Brewster, please visit our flower store.