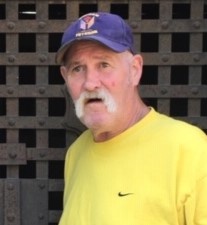 Joe Daniel Saylor, 68, passed away at his brother’s home August 1, 2020 in Batesville. He was born on February 1, 1952 in Hayward, California to John Albert and Dorthy Inez Green Saylor.

Joe had a contract to play professional baseball and gave up his baseball career to serve our country in the Navy. He served during the Vietnam Conflict.  During his working years he built trust framing.  He enjoyed hunting and fishing.

He is survived by his son, Zeb Eugene Saylor, of Wheatland, California; brothers, Tim Griffin of Batesville, Richard Saylor, of Olive Hurst, California, and James Saylor of Woodward, Oklahoma; two grandchildren; and a nephew, Bert Saylor.

Joe was preceded in death by his parents and a brother, Charles Davis.

To order memorial trees or send flowers to the family in memory of Joe Daniel Saylor, please visit our flower store.