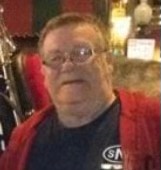 George Ernest Faulkner departed this life on Tuesday, November 24, 2020 at his home in Cave City.  He was born in Little Rock, Arkansas on May 2, 1946 to George Russell and Alene Goforth Faulkner.  He married Wanda Kay Richardson on September 2, 1967 and they celebrated over 53 years of marriage.

During his working years, George was a truck driver.  He loved to hunt, especially deer hunting, and was an avid Razorback fan.

George was preceded in death by his parents, a brother, Charles Nathan Faulkner, a granddaughter, Diane Tyler, and a grandson in-law, Drew Kirk.

In lieu of flowers, memorials may made to Doty Southside Funeral Service to assist in funeral service expenses.

To order memorial trees or send flowers to the family in memory of George Ernest Faulkner, please visit our flower store.