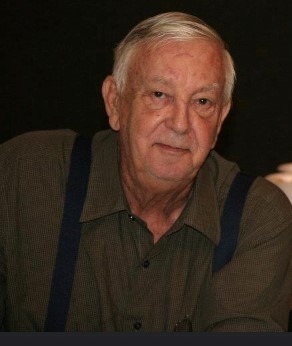 When Everett was 21 he married the love of his life, Elmer “Towzie” Speer.  They celebrated over 69 years of marriage. He was a member of 1st Assembly of God Church in Batesville for over 55 years.

He retired from the Batesville Manufacturing Company.  His love for cars led to his new hobby which developed into a side business and kept all the grandkids in good decent cars.

Everett was fondly call “Pop” by his grandchildren and many loved ones. He was known for his love of people, especially his family.  He was always very friendly to everyone he met and loved to have extended conversations with anyone and everyone.

He was very gifted in buying and reselling various items before yard sales were cool.

His family was his greatest pride and joy. His wife, Towzie, was his truest love. His children and grandchildren all knew there was nothing he would not do for them. His one sister and five brothers were very close. They were either visiting on the phone or in their homes every day.

And because all the siblings were skilled conversationalists and storytellers there was no greater entertainment than being in the same room with them when they were all together.

He was preceded in death by his parents, brothers, Rufus Mize, Reuben Mize, and his daughters, Nikki Clark and Sandra Holcombe.

A Funeral Service will be held on Monday, October 12, 2020, 2:00 p.m. in the Chapel of Doty Southside Funeral Service, 2180 Batesville Blvd. in Southside with Bro. Jeff Cox officiating.   Visitation will begin at 1:00 prior to the service.

Interment will be at Egner Cemetery in Southside.

To order memorial trees or send flowers to the family in memory of Everett Franklin Mize, please visit our flower store.