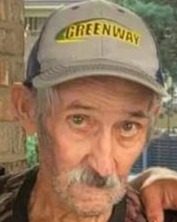 Cornelius Crouch, 75, of Cave City, departed this life on Friday, December 2, 2022.  He was born on July 19, 1947, in Hickory Ridge to Johnny William Crouch and Cora Elizabeth Helton Crouch.

He and Rita Louise Moser were married on November 5, 1976,in Harrison, Arkansas, and enjoyed over forty six years of marriage.

He enjoyed farming, dog races, driving tractors, and going to the casinos. He loved to pick up pecans and you could find him buying and selling various things all the time.  He was a kind-hearted man, a hard worker,  and very giving.

He is preceded in death by his parents, brother, Grafton Crouch, and sister, Elouise Crouch.

A Memorial Service will be held at a later date.

To order memorial trees or send flowers to the family in memory of Cornelius Crouch, please visit our flower store.